The first thought that crosses a type designer’s mind upon seeing a slab serif is: I wonder what it would look if it was serifless. And so, after building

, I followed my instincts and gave it a sans serif companion.

Henderson Sans comes in seven weights plus italics, each of which casting an eye on the crafty lettering origins of what is now the ubiquitous mode of corporate communication. This sans serif is a glyph-for-glyph match for

, inheriting pretty much all of its features and quirks, like the wealth of alternates and swashed variants — simple, endearing or otherwise.

Henderson Sans is a family of seven weights plus italics, all full of open features and extended Latin language support.

(Basic version do not include alternates, swashes, etc). 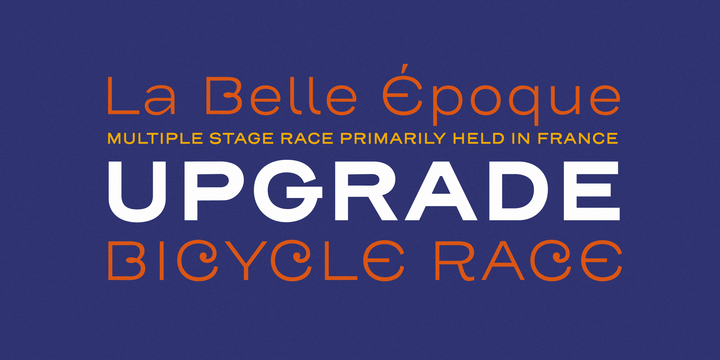 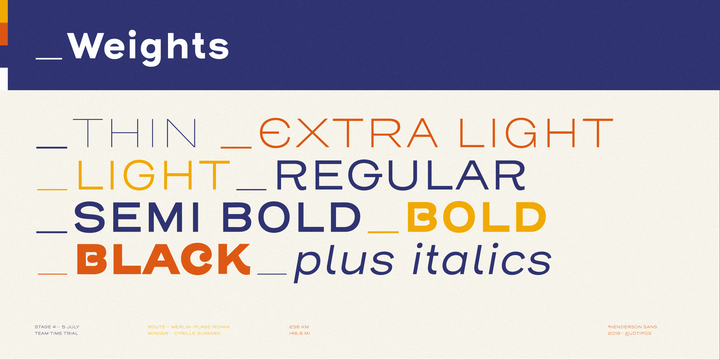 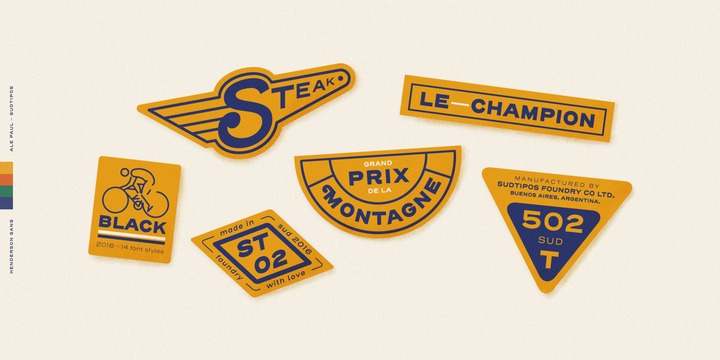 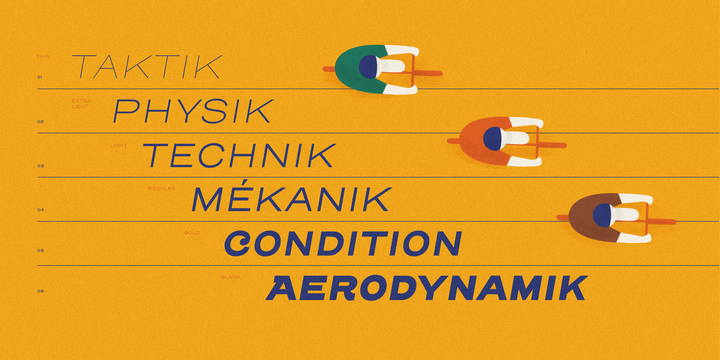 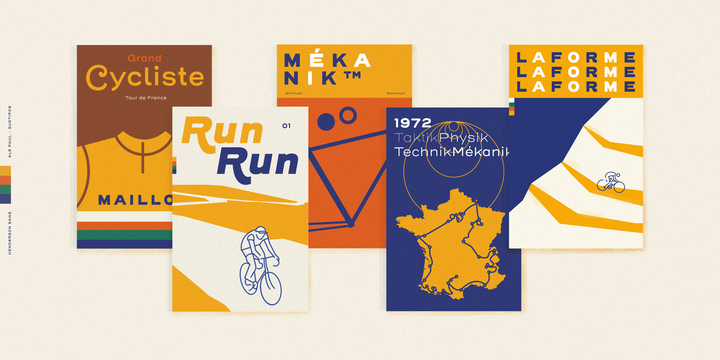 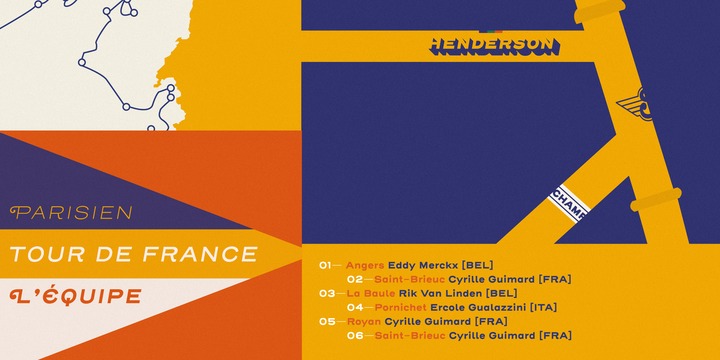 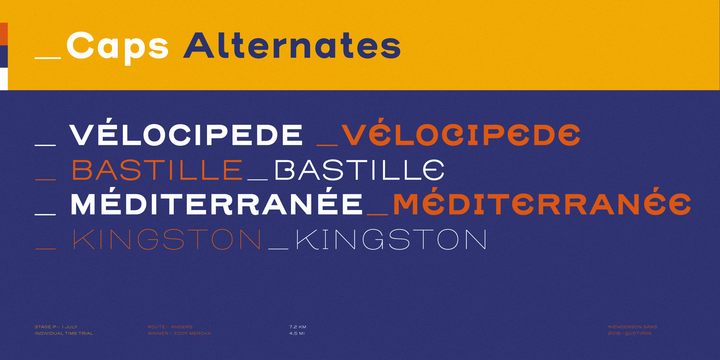 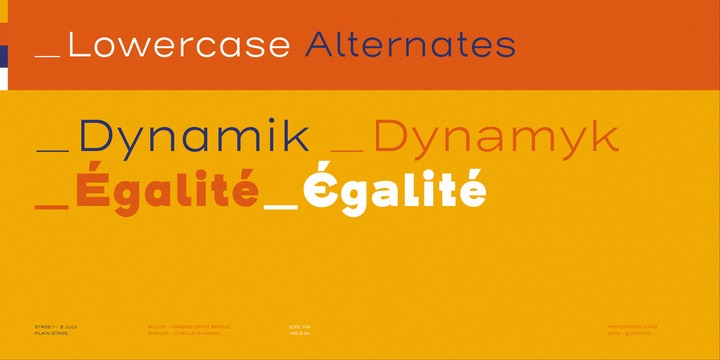 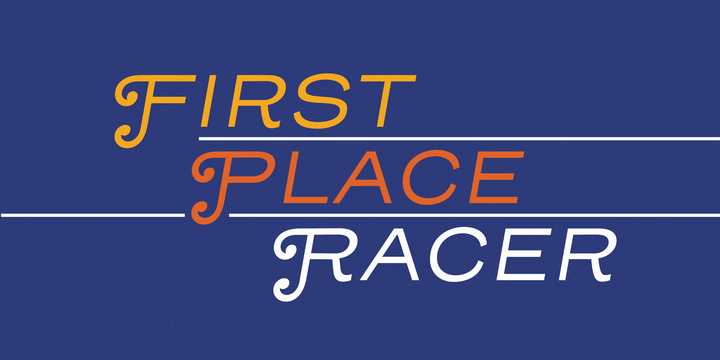 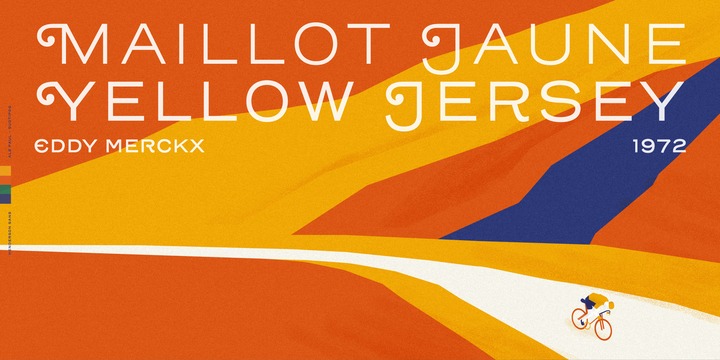 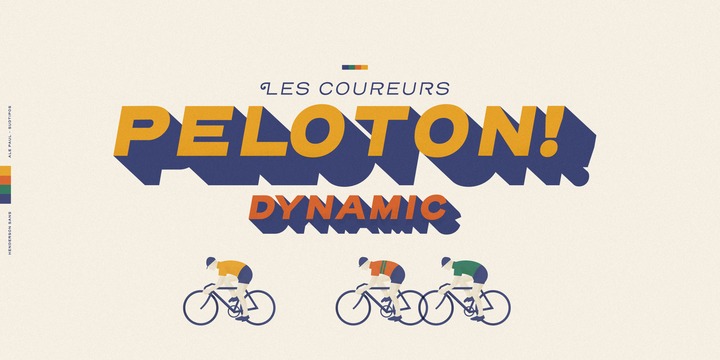 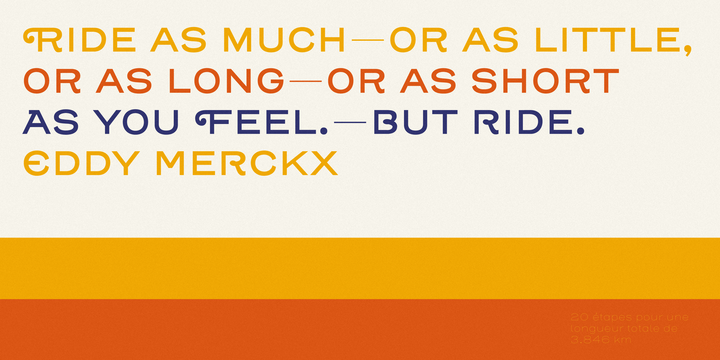 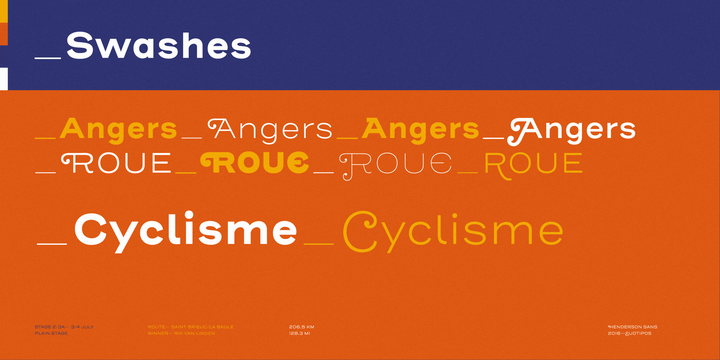